For Deutsche Welle's international broadcast their video compact studio was equipped with a CYCLO-LED backlight. The LED wall is used for virtual studio productions (chroma key) as well as for displaying color gradients for productions with a real backdrop. The CYCLO-LED backlight extends L-shaped over a length of 16.5 meters and a height of 4 meters. Despar supplied and assembled the complete system with control and projection screen.


The system was put in operation in October 2014. 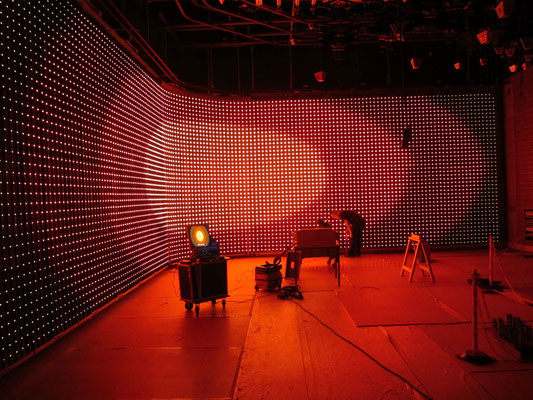 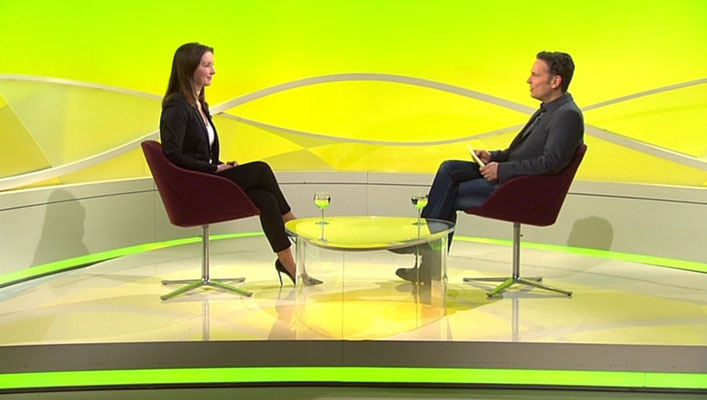 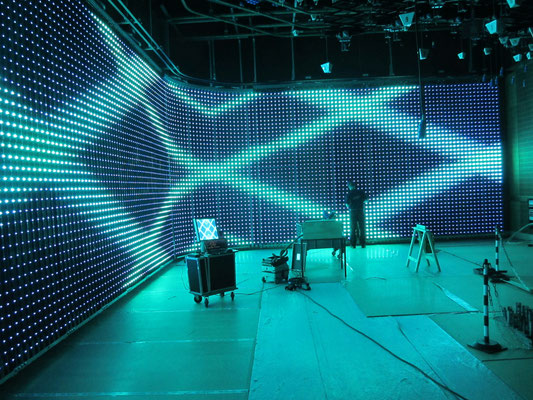